“We celebrate the remarkable progress that has been made against malaria under the MDGs and honor the great champion we have had in Princess Astrid as Special Representative of the Roll Back Malaria (RBM) Partnership over the past eight years” says the RBM Executive Director Dr Fatoumata Nafo Traoré on Monday 14 December 2015 at Chateau de Val Duchesse, in Brussels, Belgium. For 8 years Princess Astrid has been a Special Representative for the RBM Partnership.

“Your unwavering commitment has helped save more than 6 million lives and achieve the malaria-related Millennium Development Goal. I applaud your remarkable compassion, resolute action and tireless activism. I am inspired by your personal commitment to humanity,“ says the United Nations Secretary-General BAN Ki-moon, whose special message was video cast during the occasion.

According to Dr. Traoré, who was accompanied by  Ms. Barbara Pesce-Monteiro Princess’ Astrid’s “support has allowed us to unlock new innovations and increase access to life-saving services in communities around the world. Statistics she quoted indicate that global malaria mortality has decreased by 60% since 2000. For example, an 80% reduction in malaria-related deaths was recorded in the Americas between 2000 and 2013.

During her tenure as Special Representative, Princess Astrid engaged in worldwide travel wherein she met national personalities, medical staff as well as recovering victims especially in villages at home, hospitals or schools.

Like many other countries in Africa, Cameroon, a Central African nation, malaria is a public health concern. Though malaria makes up to 48% of admissions into hospitals, according to studies, only 50% of children under 5 years old benefit from free treatment in health facilities due to obstacles including distance, shortage of health staff and poverty.

The RBM Partnership was launched in 1998 by WHO, UNICEF, UNDP and the World Bank, in an effort to provide a coordinated global response to the disease. The Partnership brings together more than 500 partners, including malaria endemic countries, their bilateral and multilateral development partners, the private sector, nongovernmental and community-based organizations, foundations, and research and academic institutions.

For more information and photos, please visit out Facebook Page.

On the invitation of a Belgian Solar Energy NGO, Solar Zonder Grenzen, Ambassador Daniel Evina Abe’e led a delegation of his close collaborators from Brussels to the city of brugges in the Flemish region of Belgium  on Wednesday the 30th of September, 2015.

On behalf of Ambassador Daniel Evina Abe'e, a delegation from the Embassy of the Republic of Cameroon in Brussels took part Wednesday, September 23, 2015 at the ceremony marking the new academic year of la Haute Ecole provinciale de Hainaut Condorcet de Charleroi au Wallonie Aéronautique Network (WAN), which for the first time is

Cameroon participated on the 3rd and 4th of Juin, 2015 in Brussels (Belgium) at the 3rd European Development Days at many levels. Two Ministers of the Republique were present. The Minister of Trade, Luc Magloire Mbarga Atangana, in his capacity as Special Guest Speaker of the European Union; and the Minisster of Delgate of Territorial Administration, Decentralisation, and Decentralisation, M. Jules Doret Ndongo, who was leading a delegation of Mayors, under the aeigis of the Director General of the Special Council Support Fund for Mutual Assistance (FEICOM) Mr. Philppe Camille Akoa. The delegation of twenty was accompanied by His Excellency Ambassador Daniel Evina Abe'é on Friday the 5th of June to Namur, wherein the Gouvernor that regionn M. Denis Mathen received them.

Cameroon's tourism attained international recognition in an extraordinary manner when a delegation of forty-three (43) Belgians toured six regions of the country by bicycle from the 8th to the 15th of October 2014. 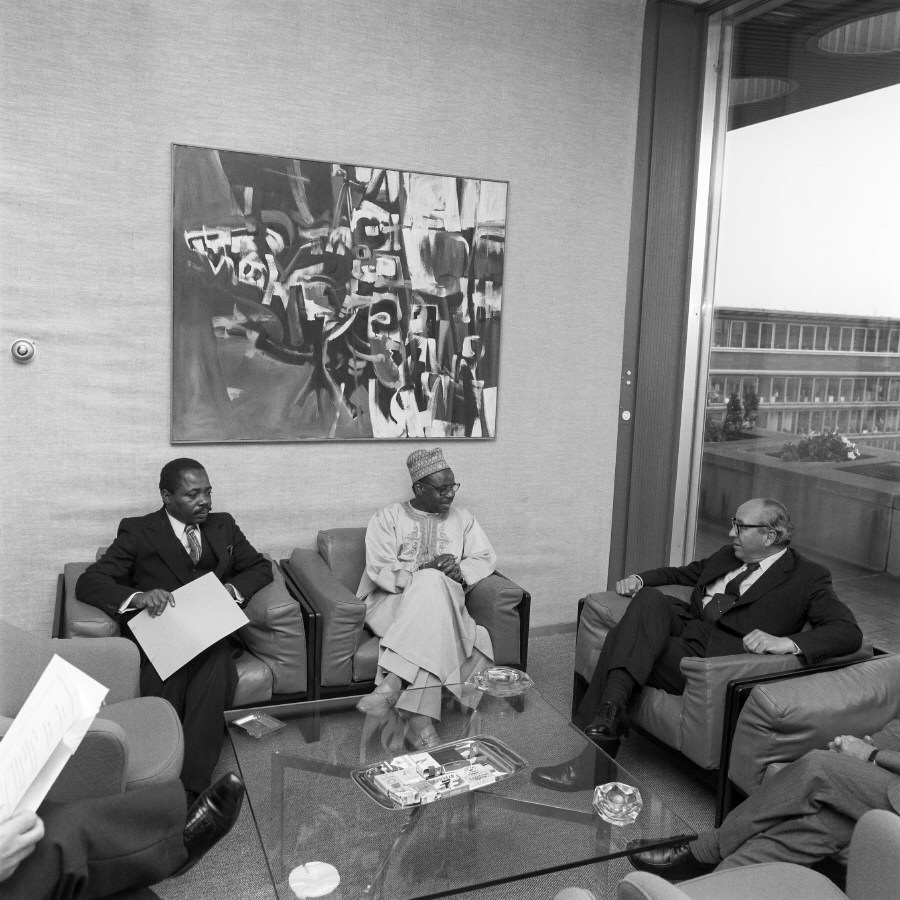