Mission to the EU

“Negotiations on the UK's withdrawal will only start if the UK formally notifies the EU of its intention to leave the Union”, says Didier Reynders, Belgian Deputy Prime Minister and Minister of Foreign and European Affairs. He was speaking on the 4 July 2016, at Egmont Palace, Brussels, Belgium during

a panel discussion on the theme: "State of the (European) Union – After the British Referendum". The event was co-hosted by the International law firm DLA Piper to mark the launch of its Diplomatic Services initiative in Brussels, following which they issued a comprehensive report.

DLA Piper’s Co-Managing Partners, Ambassador Marc Otte of the Egmont Institute introduced the speakers. Meanwhile, the debate was moderated by the Chief European Commentator of the Wall Street Journal, Simon Nixon, who started by asking the panellists if and how the UK vote to leave the EU could reenergize and reset the European project.

Commissioner Vestager identified the lack of a fair distribution of the benefits stemming from European integration as a worrisome problem. According to the Commissioner, people sometimes don't see nor feel the benefits that they were promised by the EU, adding the people that feel left behind will become more critical of the EU and that the Union therefore should honour its promises and commitment of being an open, inclusive and prosperous society, especially for its youth.

On his part, Belgian Foreign Minister, Didier Reynders pointed out that negotiations on the UK's withdrawal will only start if the UK formally notifies the EU of its intention to leave the Union. According to him, the UK is hesitating to formally notify the EU because it is afraid of the potential consequences of its decision. Reynders further acknowledged that good relations between the EU and the UK are important. Answering the question of Nixon on the reenergizing of the European project, the Minister stated that the EU should also discuss three crucial elements internally, namely: 1) the question of job creation and growth, focussing on the digital economy and energy; 2) the question of European values, which are of crucial importance for the young generation in particular; and 3) the question of legitimacy. In order to give European leaders real legitimacy, Reynders proposes that some members of the European Parliament could be elected by a European constituency (covering the entire EU).

Next was Van Rompuy who argued that the UK vote was a referendum on national British politics. According to the former President of the Council, the UK's relationship with the EU has always been a special one as the country was never fully engaged in its membership (i.e. not being part of the Eurozone nor the Schengen area and opting out of various matters). Van Rompuy further pointed out that the analysis of the vote is also indicative of a generational gap. According to the President Emeritus, one cannot be a member of the EU and receive all the benefits that come with such a membership and at the same time not make any concessions. In that analysis the former President drew a parallel to Greece, stating that Greece has had to make concessions and that the UK now must do the same. Van Rompuy further believes that a Scottish EU membership is unlikely since it would be seen as a reward for separatism and that Member States such as Spain will not allow for such a development to occur. He concluded by stating that with Brexit, the debate on the 'future of Europe has been opened.

the single market - is crucial. Finally Van Rompuy stated that the Brexit-vote and its economic consequences is a 'warning shot' to any other country that wishes to leave the EU, pointing out that the economic costs for the UK leaving the EU is 'peanuts' compared to that of a Eurozone Member State leaving.

As for him, Dr Tim Oliver highlighted the reasons behind the vote. He focused in particular on what drove the Brits to vote to leave the EU. According to him it is a vote of those 'left behind' in the globalisation and a vote according to nationalism, culture and values and UK domestic politics. Dr. Oliver further believed that the vote eventually may lead to a lot of anger as people start realising that they have been cheated with false promises and as leaders fail to set out tangible plans for a durable exit. Dr. Oliver finally pointed out that the vote might herald a 'breakdown in trust' between the EU and its Member States, adding that the vote has caused a 'constitutional, political and economic mess'.

In responding to the moderator's question as to whether the UK may not actually leave the EU, and whether the EU would allow that possibility, Commissioner Vestager answered that this is in the hands of the UK. Van Rompuy stated that the fact that the British leadership has no plan in place makes the whole operation 'irresponsible' adding that the UK now needs to make a choice. This was also acknowledged by the Belgian Foreign Minister, who called for a quick start of the withdrawal process in order to avoid the risk of deteriorating existing EU-UK relations.

As Nixon asked about what kind of UK-EU deal will be implemented, Commissioner Vestager replied that the UK first needs to notify the EU of its intention to leave before any relationship can be established. MinisterReynders shares this view, adding however that there is also a second, even more complex possibility, namely that of bilateral agreements between the UK and the EU Member States. Dr. Oliver subsequently elaborated on the possibility of a 'way back', which can be triggered by a second referendum, a rejection by the House of Commons or by the outcome of new general elections.

The moderator subsequently asked the panellist about the EU's output legitimacy, and its ability to provide common solutions to common problems. Van Rompuy said that the EU has provided a very large amount of solutions to complicated problems in the past (such as the Eurozone crisis), calling for a political will and 'European spirit' to make sure that the Union continues to provide its citizens with efficient solutions. According to Commissioner Vestager, both national and European solutions are needed, adding that competing positions and diverse ideas of the Member States make the EU so dynamic. Minister Reynders further expressed his belief that it might become difficult to reach agreements among the 27 remaining Member States, adding that a maximum number of concrete measures should be taken with a maximum number of participants, but not all if that appears impossible.

The Commissioner finally concluded that in order to defend Europe, one cannot pretend that it is perfect. She believes that one must be more pragmatic - 'the EU works' - and ambitions at the same time in the sense that we can always improve the functioning of the Union.

President Van Rompuy concluded by saying that the main responsibilities lie within the Member States themselves. He added that it is encouraging that young people overwhelmingly made their choice in favour of Europe, emphasizing the fact that they will have to live in a world which they have not chosen, emphasizing that it constitutes what he called a 'moral challenge'

The “State of the Union” event coming in the wake of UK's Brexit decision to leave the EU, was hosted by the prestigious Egmont Institute – The Royal Institute for International Relations in Brussels. It brought together close to 400 guests including top diplomats, leading European political figures key clients, and DLA Piper partners and lawyers. 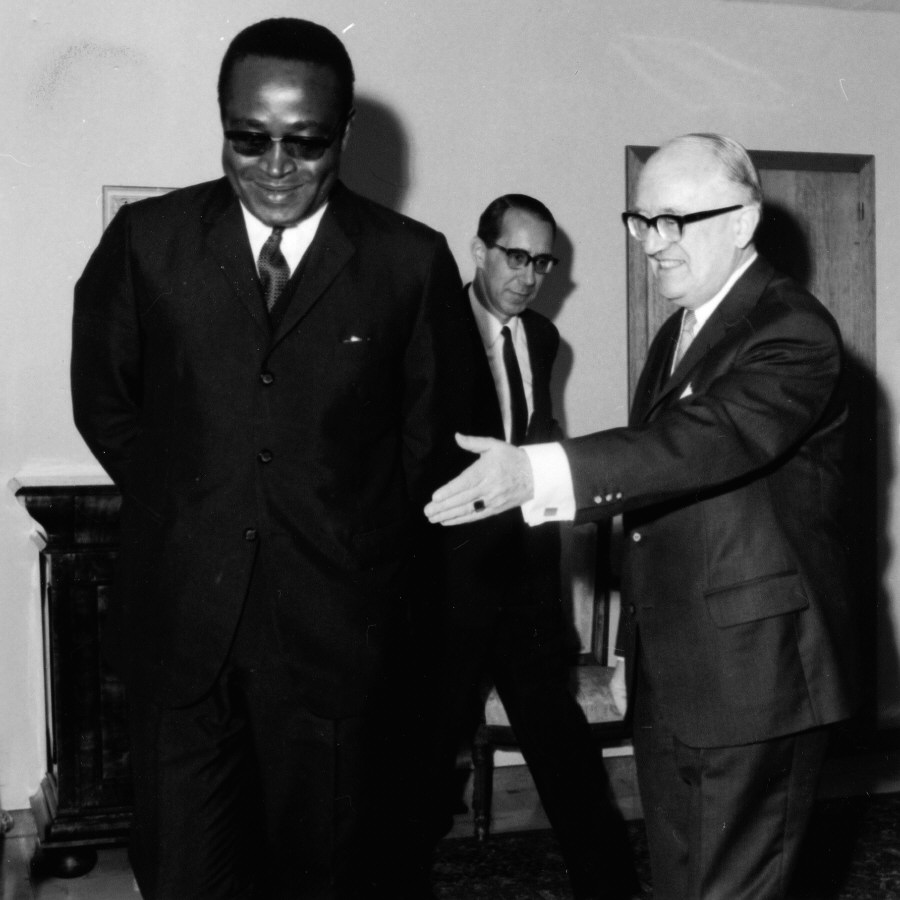