Mission to the EU

The European Investment Bank (EIB) that has been operating on the African continent since twenty years is on the verge of opening a new head office in the capital city of Cameroon, Yaoundé to serve the Central African region.

Due to scheduling constrainst on both signatories,

the headquarters’ agreement was partially signed in Brussels by the Vice President of the bank Mr. Pim van Ballekom on Friday the 4th of March 2016 in the presence of Cameroon’s Ambassador to the Kingdom of Belgium and the European Union, Daniel Evina Abe’e.

Meanwhile, the second signature of the agreement was duly completed in Yaoundé by the representative of the government of the Republic of Cameroon, Minister of External Relations, Lejeune Mbella Mbella on Monday the 14th of March 2016.

Though the EIB’s main area of specialisation is infrastructure, with involvement in sustainable energy and social housing, the domain of choice in Cameroon and will be determined by the needs of the country, directives from Brussels and, of course, the government.

As the effective take-off of operations, the team from Brussels is due to arrive in Yaoundé before the end of March 2016. 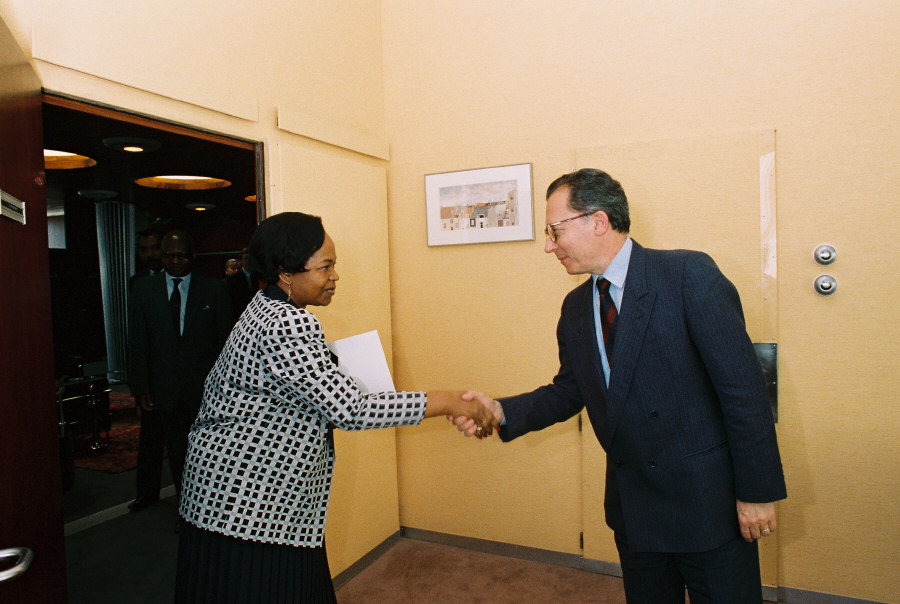