The 12th European Development Days (EDDs), that brought together some 8700 participants from all over the world, opened on Tuesday the 5th of June and lasted till the 6th at the Tours et Taxis grounds in the port neighbourhood of Brussels. It brought together Europe's and the world's development community, under the theme 'Women and Girls at the Forefront of Sustainable Development: protect, empower, invest'. The three main sub-themes were 'Ensuring the physical and psychological integrity of Girls and Women', 'Promoting economic and social rights and empowerment of Girls and Women', 'Strengthening Girls’ and Women’s voice and participation’. Commission President Jean-Claude Juncker, who opened the EDDs is quoted as saying, "There can be no sustainable development if half of the world's population is left behind. We need equal participation and leadership of women and girls in all spheres of life – both in Europe and in the world.”

Commissioner for International Cooperation and Development Neven Mimica emphasised: "The EDDs gather the development community from all corners of the globe to learn from each other and to inspire new partnerships. Only if we act together, will we manage to eliminate all forms of violence against women and girls, and empower them to truly be at the forefront of sustainable development".

Besides, Sixteen Young Leaders from around the world joined high-level panels and exchanged ideas and experiences with policy-makers and world leaders. Participation and voices of young people were additionally promoted this year by a large Youth Lounge that facilitated youth organisations and activists' gatherings and discussions on gender equality and other development issues.

In the margins of the European Development Days, Commissioner Mimica will signed new support for Burkina Faso, together with President Kaboré. The new support package amounting to 50million Euros is aimed at contributing to security and development in the north of Burkina Faso. On opening day, he signed a new package of assistance for Liberia, together with the country’s President George Weah.

Sixteen young leaders were chosen for their exceptional skills, expertise and passion to contribute to the debate on sustainable development for all, and in particular for their commitment to gender equality. They shared their unique experiences with EDD 2018. Chosen among 283 applicants from 82 countries, the sixteen young leaders were all actively engaged in development and social projects in their countries with the aim to implement the Sustainable Development Goals (SDGs) adopted in 2015 by the international community.

During their stay in the Belgian capital, the Young Leaders were given the opportunity to visit European institutions and participate in workshops, discussions and debates with European Commission policy makers, international leaders, development professionals and representatives of the private sector.

"More than half of the world's population today is under the age of 30. It is not enough to work on building a better future for the younger generation. We need to build it with them, give them the stage they need to put their brilliant ideas into practice,” says European Commissioner for International Cooperation and Development, Neven Mimica.

In addition, a full cultural programme featuring international artists, musicians and film-makers complemented the event. Meanwhile the Global Village, a fair composed of 92 stands, brought together international stakeholders who shared projects or reports related to the EDDs’ main themes and thread.

To crown it all, the Lorenzo Natali Media Prize 2018 was awarded to journalists for their outstanding reporting on sustainable development, with a special focus on the elimination of violence against women and girls. A total of eight journalists from Africa, the Arab World and the Middlel East; Asia and Pacific; and Europe were awarded prizes, with Verena Töpper and Maria Feck from Der Spiegel received the Grand Prize. Their multimedia piece entitled, “Blood Sisters” sheds light on a widespread problem in Kenya, wherein each year, girls miss their high-school education during their period because the price of sanitary products are prohibitive. They equally drew attention to other parts of the world where teenage girls’ schooling and career prospects are hampered by limited access to toilets and cultural stigmas.

In taking up office in his newly elected position as Co-Chair of the ACP-EU Joint Assembly, Cameroon's newly elected Honorable Joseph-Hyacinthe Owona Kono said he plans to focus on the role of the representatives of the people, that is, deputies as himself.

“Negotiations on the UK's withdrawal will only start if the UK formally notifies the EU of its intention to leave the Union”, says Didier Reynders, Belgian Deputy Prime Minister and Minister of Foreign and European Affairs. He was speaking on the 4 July 2016, at Egmont Palace, Brussels, Belgium during

The European Investment Bank (EIB) that has been operating on the African continent since twenty years is on the verge of opening a new head office in the capital city of Cameroon, Yaoundé to serve the Central African region.

Due to scheduling constrainst on both signatories, 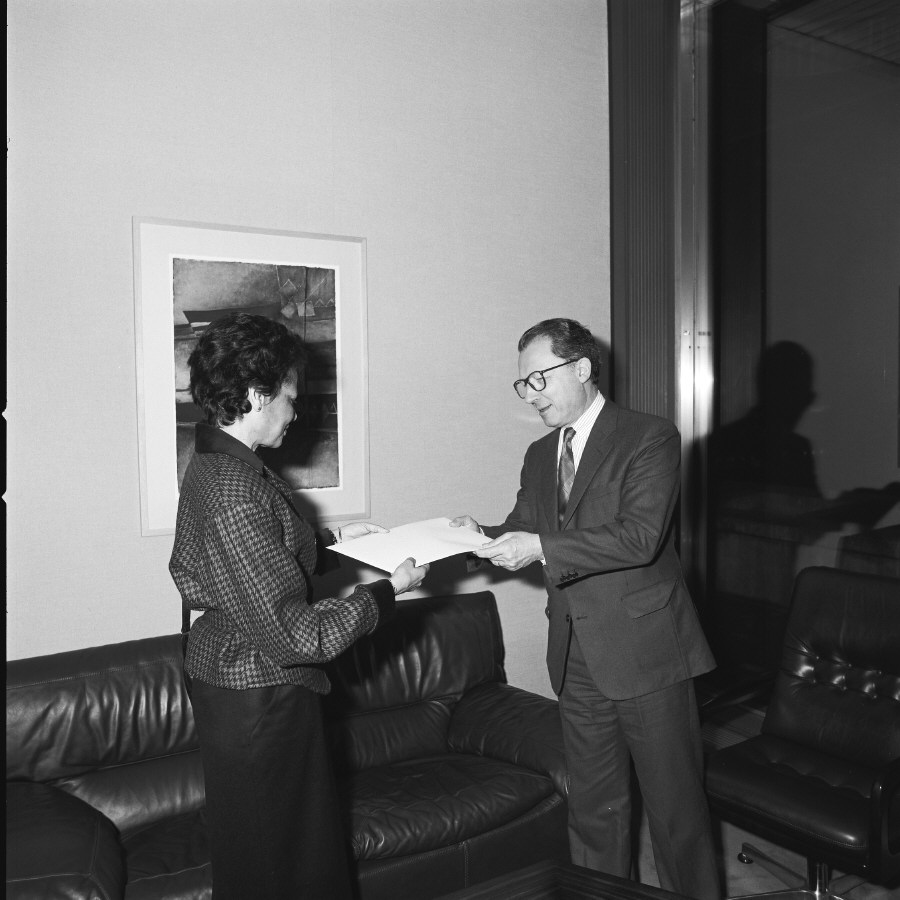