His Excellency Daniel Evina Abe’e, on behalf of Cameroon’s Head of State, Head of the Army, on Friday the 23rd of September 2016 at the Conference hall of the Embassy of the Republic of Cameroon decorated some international personalities for taking part in the organisation of and participation in the Expert Meeting of the International Society for Military Law and the Law of War (ISMLLW) in Yaounde last year.

All together there were four recipients in two categories: Brigadier General Jan Peter Spijk, a citizen of the Netherlands, received the Medal of the Commander of the Cameroonian Order of Merit.

The rest of the three, Belgian citizens, Madam Isabelle Françoise Nee; Mr. Alfons Vanheusden, Assistant Secretary General of the Society; and Mr. Marco Benatar received the Knight of the Cameroonian Order of merit.

In addition, two other medals were placed on the military officers serving at the Embassy. Colonel Noël Bidoung, Head of the Military Bureau was lifted to the Officer of the National Order of Valour during the May 2014 Presidential appointments, while Adjudant Abani Karim Abdoulaye was decorated with the medal of Public Force awarded May 2016.

Meanwhile, the Expert meeting of the ISMLLW, organized within the framework of the Research Project on International Law in Peace Operations with a regional and thematic focus, was hosted by the Ministry of Defence and Cameroon’s Ministry of Higher Education.

About a thousand guests, among them the diplomatic corps, top administrators of the Belgian Government and the European Union, including the ACP friends of Cameroon, and Cameroonians living in Belgium and its environs met at the Ambassador’s residence to celebrate national unity. In his keynote address, Ambassador Daniel Evina Abe'e expressed the gratitude of the nation to those who stood by her during the hard times caused by terrorist attacks.

The 31st edition of the 2016 International Women’s day commemorated under the theme“Gender equality and women’s empowerment: meeting the challenges and overcoming the obstacles” was hosted in Brussels on Sunday, the 13th of March by the women of the Embassy of the Republic of Cameroon to the Kingdom of Belgium and the European Union.

The program took off at 2pm, and featured a panel discussion; sales exhibition;

Ambassador Daniel Evina Abe’e on Wednesday the 17th of February 2016 installed the new Cultural Counsellor, Mrs. Bissou Christine, épouse Ngue, who replaces Mr. Maingari Daouda. Concurrently, Mr. Lebe Fréderic Timothée was installed as the Cultural Attaché at the Cameroon mission in Brussels, Belgium. The Head of Mission said that though he regretted letting go of the Mr. Daouda, with whom he said he had enjoyed working since his arrival at the head of

Ambassador Daniel Evina Abe’e on Friday, January 15th 2016 chaired the ceremony of the presentation of New Year wishes at the Embassy of the Republic of Cameroon in Brussels, Belgium.  The event began with an introduction by Staff Representative, Minister Plenipotentiary Laurent Tchandeu, in which he explored the state of the institution, 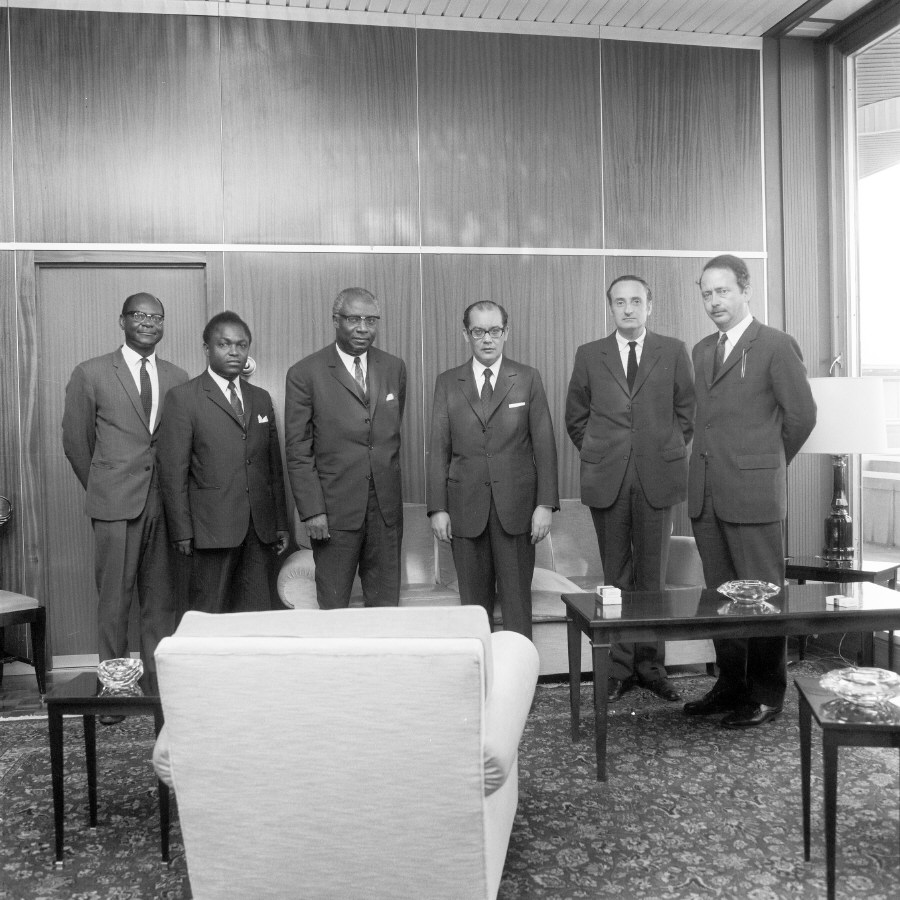