On instructions of President Paul Biya  Minister of State, Minster of Justice and Keeper of the Seals, Laurent Esso, led a ministerial delegation to Belgium that met with the Cameroon Community in Brussels on Saturday the 5th of August 2017 to explain the thorny issues in regards to the so-called Anglophone problem. Hosted by Ambassador Daniel Evina Abe'e, the Minister was accompanied by Minister of External Relations, Lejeunne Mbella Mbella, the Director of Legislation at the Ministry of Justice, Dr. Gaston Kenfack Douajni, and Attaché at the Prime minister's Office, Mr. Tanyitiku Enoh Achuo.

"Whether you are federating or confederating, including the creation of a communication platform among you, my desire is for you to organize your various Associations in order to facilitate working relations between you and the Embassy," says Ambassador Daniel Evina Abe'e, Head of Mission to the Kingdom of Belgium and the European Union.

He was speaking on Saturday, 24th June 2017 in Brussels to the Presidents and members of Cameroonian Associations based in Belgium.

At the end of three hours of exchange of ideas on the various issues raised, they arrived at a consensus between them, on the one hand, and the Head of Mission and His close Collaborators, on the other, led by the Cultural Service which is in charge of associations among other responsiblities.

As the entreaty for networking among them was unanimously accepted as timely, ultimately ideas for the organising of a cameroon day/days/week in Belgium were tabled.

More than 70 members of the close to four-dozen associations registered in the Kingdom of Belgium were present.

Some one thousand guests assembled at the La Hulpe residence of Ambassador Daniel Evina Abe'e, Head of Mission for the kingdom of Belgium and the European Union, on Saturday the 20th of May 2017 to commemorate Cameroon's national day, marking its 45th edition. The most

On the eve of Cameroon's national day, 20th May, a special diner of the Military Corps was given by the Military Bureau of the Embassy on Friday the 19th of May 2017, in the presence of the Ambassador Daniel Evina Abe'e.

Colonel Abanda, Commander of the Ecole d'Etat Major; the Defence Attaché of Niger; and the former Commander of the Belgian Royal Guard were present. Apart from the wives and children of the military officers, other civilians were guests at the diner.

As part of actitivities marking the commemoration of Cameroon's national day celebrations on the 20th of May, a mass was said at the Eglise Saint-Jean-Baptiste in the Molenbeek neighbourhood of Brussels on Wednesday the 17th of May 2017. 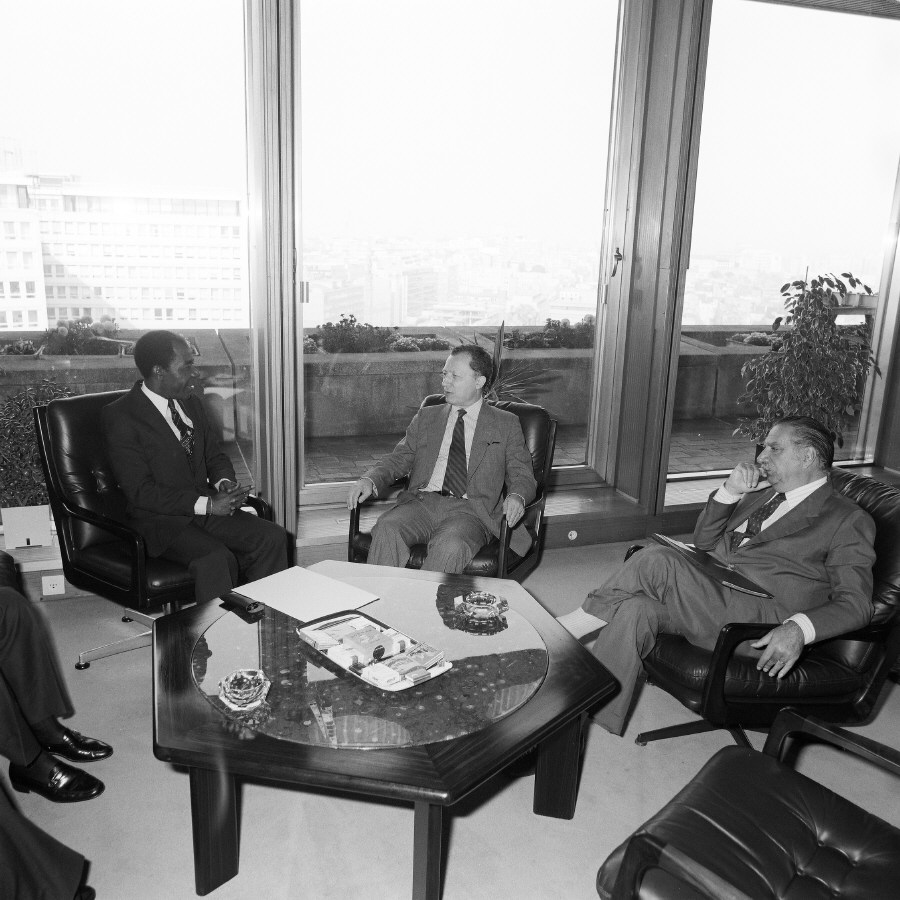