"The sought for aim was to help associations to fully assume their role of managing, facilitating and conveying, with the effect of chanelling energy and numerous initiatives of our very dynamic diaspora here in Belgium. I can only rejoice

in realizing that these efforts have yielded fruits, with the setting up of a platform that has made it possible for us to come together today, in the favour of Cameroonian youths in Belgium," says Ambassador Daniel Evina Abe'e. The Head of the Cameroon Mission

to the Kingdom of Belgium and the European Union, was speaking Saturday at the gala night, the crowning effect of the first ever Cameroon days in Belgium, from Friday 22nd to Satuday 23rd June 2018, organised by the associations of the Cameroon diaspora in Belgium, FASCADI, under the theme, «Cameroon and its diaspora: acting together to share the artistic and cultural expressions of Cameroon."

The activities that covered two days, took place in three different localities in Brussels. Firstly, there was a roundtable discussion that held at the Etterbeek town hall. In the presence of the Ambassador, the Minister Counsellor at the Cameron Embassy, Mr. kenhago Tazo Olivier moderated the discussion on the cultures of Cameroon. To set the ball rolling, Mr. Tchana Jean-Baptiste, University Lecturer attempted a definition of the terms. Then Mr. frédérique Lébé, Cultural Attaché at the Embassy painted a kaledoiscopic pictures of the various cultures of the country, cutting through culinary arts, sartorial arts, languages, Literature, music and dance.

The second stop, that took practically the whole day was at the Molenbeek stadium, where a variety of activities held, beginning with the ladies relay race, prio to which, children dressed in the three national colors sang the anthemn. Then two football matches followed, wherein the Ambassador gave the kick-off. Children's games gave way to that of adults.

Meanwhile, there was BBQ food smoking away amidst other food items on sale, while some twenty stands exhibited other aspects of culture, from food, wears, home decoration items, health matters and others.

The final and culminating activity was the gala night that held at the Madou neighbourhood. An estimated 600 guests, Cameroonians alongside their friends, in the presence of the Ambassdor and his colleagues from other countries ate, sang, and danced together. Besides, some entrepreneurs had the opportunity to showcase their businesses.

Madam Dr. Edwige Abena, Chair of FASCADI expressed the joy of members of the Federation at the successful outcome of the activities that had been planned with a lot of challenges for a first-time event. She further said that henceforth FASCADI's activities will be added to the list of annual national events.

The keynote speech deliverred by the Ambassador traced the long path that Cameroonian associations had gone through the onset of his meeting with them, when he shared the idea of a federation of all the associations.

Please, read the full speech on the French page of the same news item of this website. 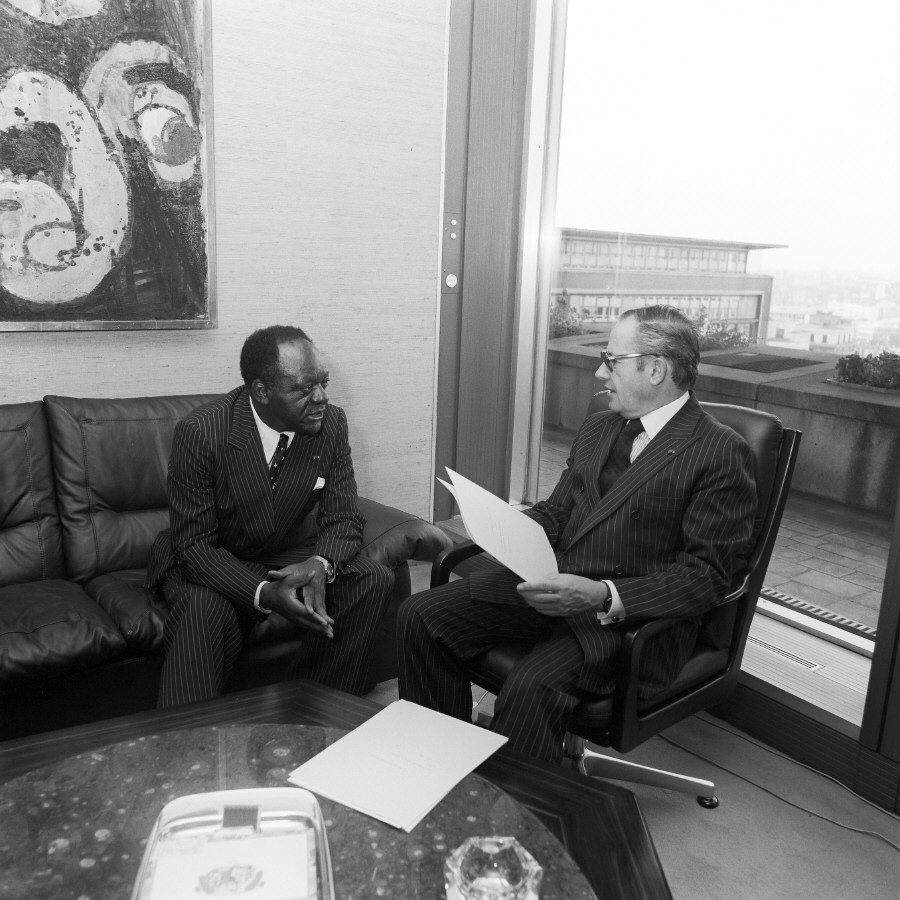