The Ambassador of the Republic of Cameroon to the Kingdom of Belgium and the European Union, Daniel Evina Abe’e on Monday the 18th of June 2018 welcomed at the Embassy a delegation of students of the Awae International School of Security Forces (l’EIFORCES -Ecole Internationale des Forces de Sécurité).

They were led by ‘Chef Général de Brigade’ and Director General of the school, André Patrice Bitote.

Arriving in Belgium on a first-ever study tour of the European Union, they made their first official stopover at the Embassy in Brussels.

Amongst a total of thirteen students and seven executives, one is Chadian and two are from Congo Brazzaville. Also of the three women in the delegation, there is one Commissioner Principal and two Colonels, one of whom is Chadian.

During their one-week stay, they will visit some organs of the EU including the Parliament, the Commission, the Council, the European College for Defence, and the European Service for Internal Action.

Besides, they will tour other historic and outstanding Belgian institutions, notably the Waterloo Museum and the Bastogne War Museum.

It should be noted that the EIFORCES was created in 2008 to equip Police and Gendarmes with more humane preventive and intervention skills in times of crisis in order to maintain peaceful and harmonious collaboration with citizens. 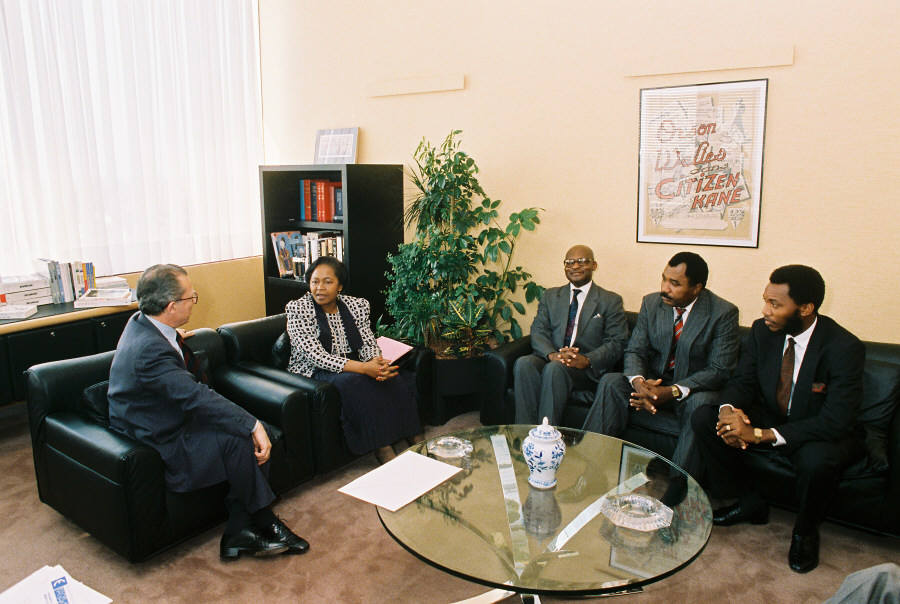