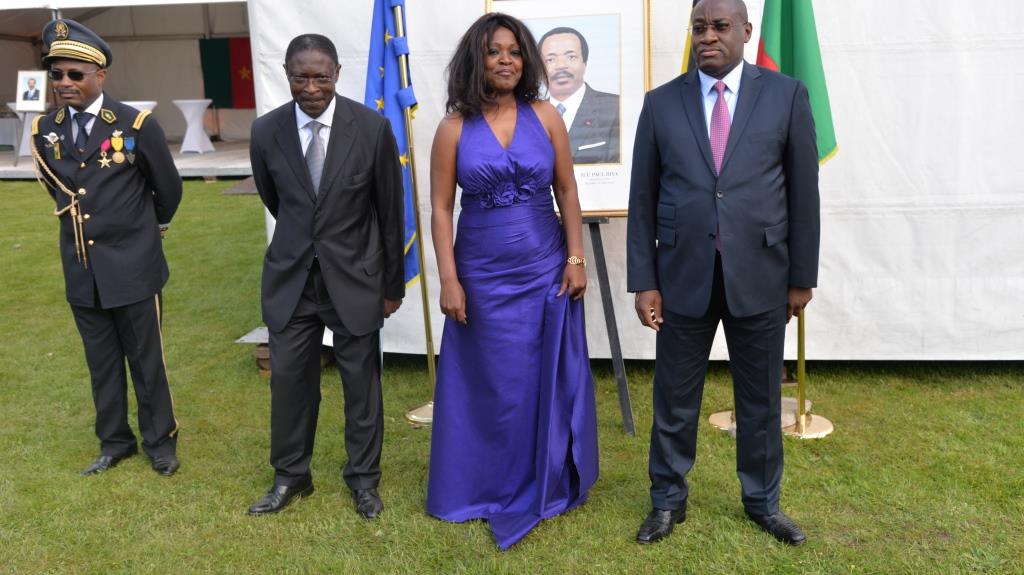 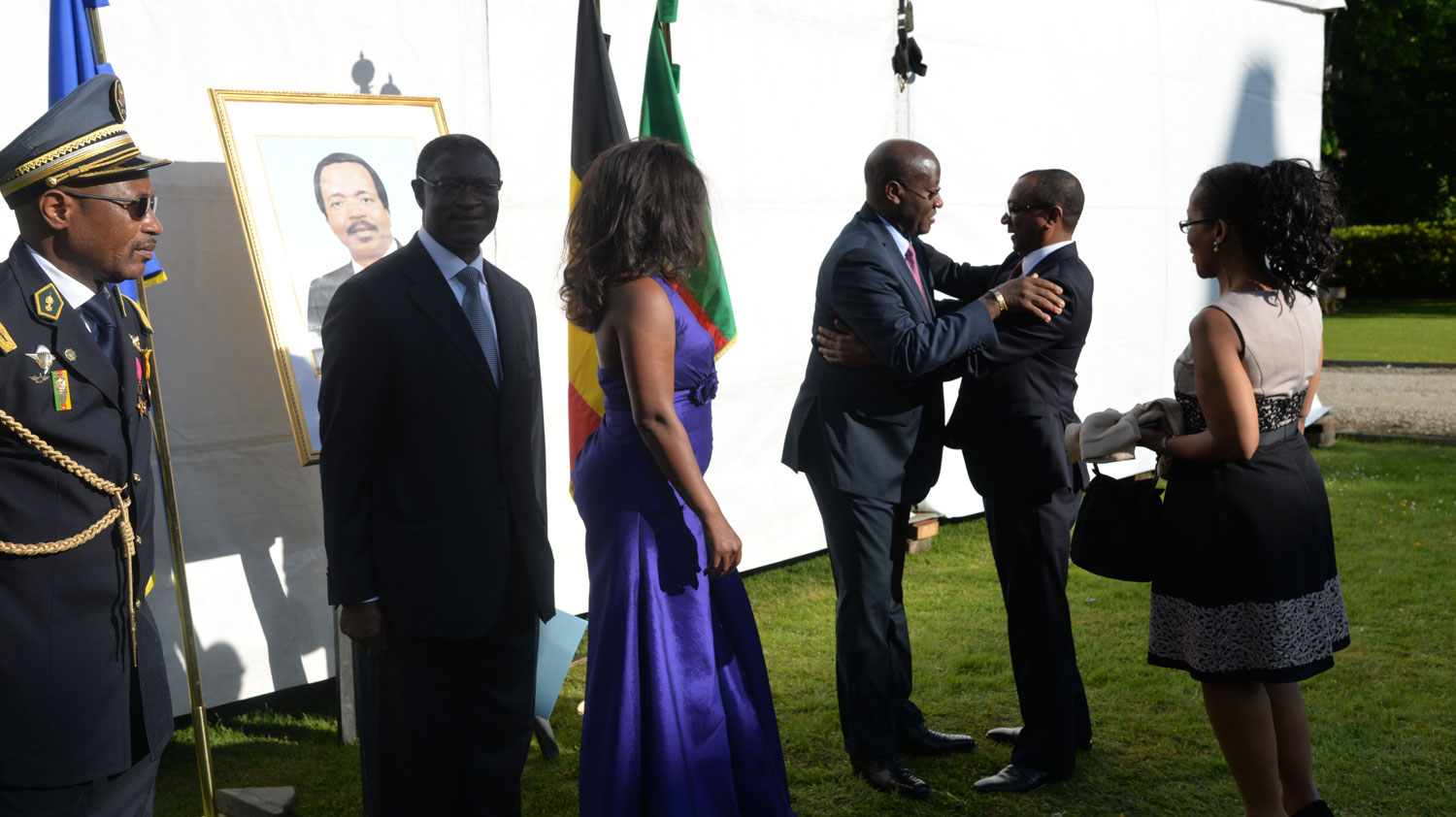 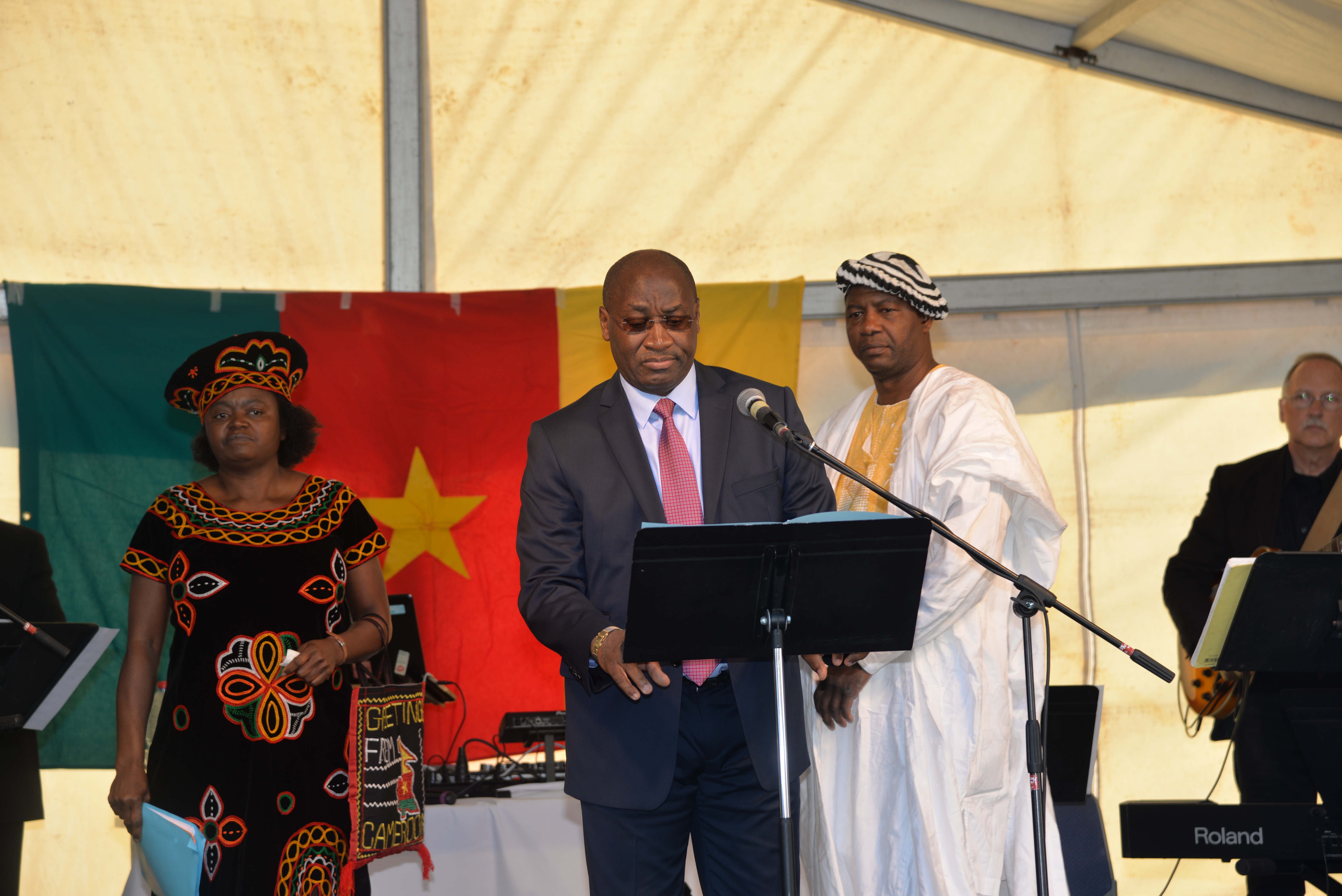 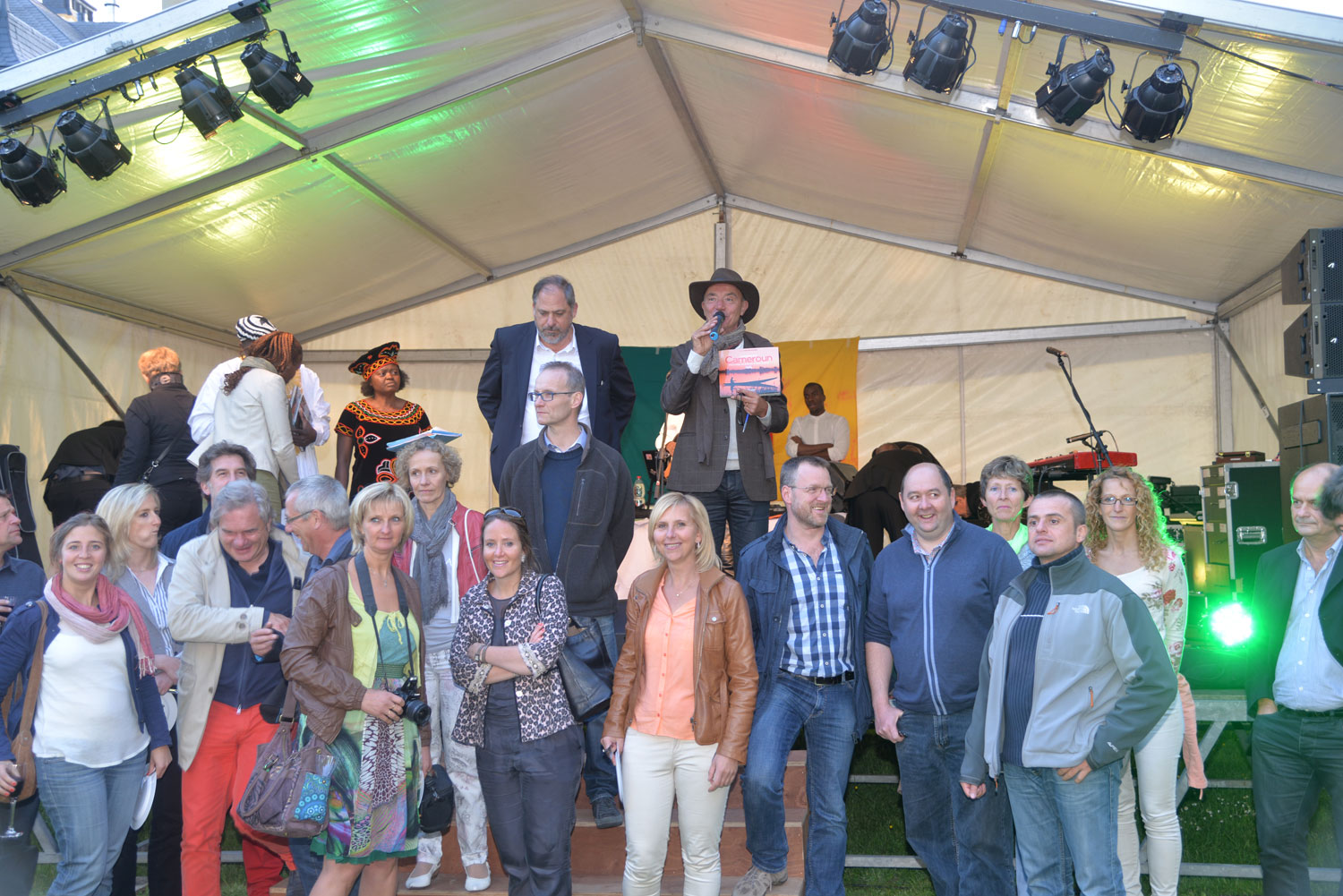 A thousand guests or more lifted up their glasses to the toast proposed by Ambassador Daniel EvinaAbe’e Wednesday 20th of May 2015 in honor of the 43rd National day of the Republic of Cameroon in the Kingdom of Belgium in Brussels.

Organised and hosted by the Embassy under the chairperson of the Ambassador, the evening ceremony that lasted for three hours took the form of a garden party at his residence, amidst a bright evening sunshine defying the rain that had earlier been forecast by meteorologists.

Daniel EvinaAbe’e addressed his guests among whom were his counterparts in Belgium, international personalities of the European Union and the African Carribbean Pacific group (ACP), Cameroonians of all walks of life, and friends of the Cameroon in Belgium and neighbouring countries.

The Ambassador expressed the gratitude of the Cameroon government to the Kingdom of Belgium, and the European Union, for partnering with his country in her development efforts.

The cultural package was rich with world class artists, Henri Dikongue assisted by KaifaCendra, EbaleZam, and BertheDiwa. Music went on while the sought- after delicious Cameroonian dishes including ndole, eru and koki were being munched heartily.
Guests were so satisfied that hundreds tarried well after the closing time.
This year’s theme of celebration was “Defense forces and the nation’s vital forces: Action in synergy to meet security challenges and preserve peace and stability in Cameroon and Central Africa.

To see the photo Album, click on the link below 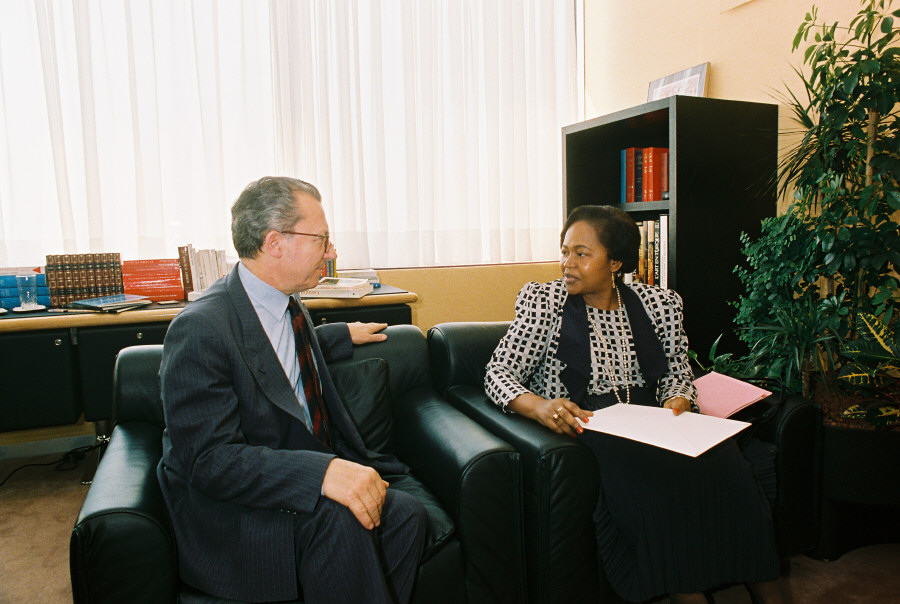