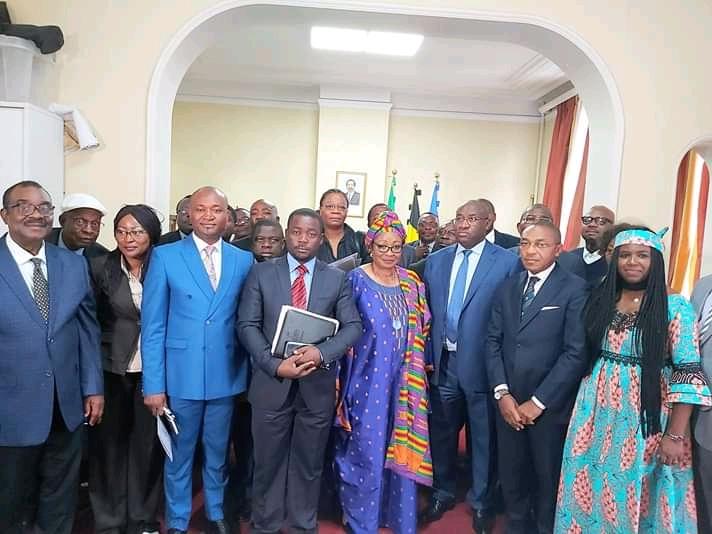 The Ambassador, H.E.Daniel Evina Abe'e has commended Personnel and the entire staff of the Embassy in Belgium for the loyal,devoted and quality services they have continued to offer the various categories of users. It is thanks to these quality services that some Cameroonians based in neighbouring countries have prefered travelling long distances to come and be attended to by the Embassy in Brussels, he went on.These among other statements were made during the presentation of New Year wishes to the Ambassador and his Wife, Mme Evina. This ceremony which took place Friday January 18, 2019 in the conference room of the Embassy, brought together the Personnel and staff of the Embassy as well as Cameroonians of the diaspora.

While responding to an adddress presented earlier, Mr. Daniel Evina Abe'e exhorted the staff to continue be at the service of the public, to be disciplined and to continue to work harder in order to lay down basis for our country's emergence in 2035. The Head of Cameroon's Mission to Belgium acknowledged there is there is no family without problems, but that  when confronted any problem the best solution should be sought through dialogue and not separation.

The ceremony began with a speech delivered on behalf of the Personnel and staff of the Embassy by, the Minister Counselor, Kenghago Olivier Tazo   who highlighted the following major achievements in 2018:- the successful conduct of the October 7, 2018 Presidential election by lone polling station in Belgium located in the Embassy, the organisation of Fund raising last October in consonance with emergency plan decided by the Head of State,H.E. Paul Biya, to assist displaced persons and victims of violence in the North West and South West Regions, the successful putting in place of the Federation of Cameroonians in in the diaspora FASCADI among others. He praised the Ambassador for stopping at nothing to encourage Cameroonians living in Belgium to be peace loving, tolerant and law abiding. He ended his address by assuring the Ambassador the staff of the  will continue work to enforce our bilateral relations with the host country, Belgium. The speeches were followed with the Ambassador and wife shakings with with all who were in attendance

This ceremony also witnessed the decoration of the Cultural Adviser in the Embassy, Madam Bisou Christine Scholastique with the Academic Palms Medal. 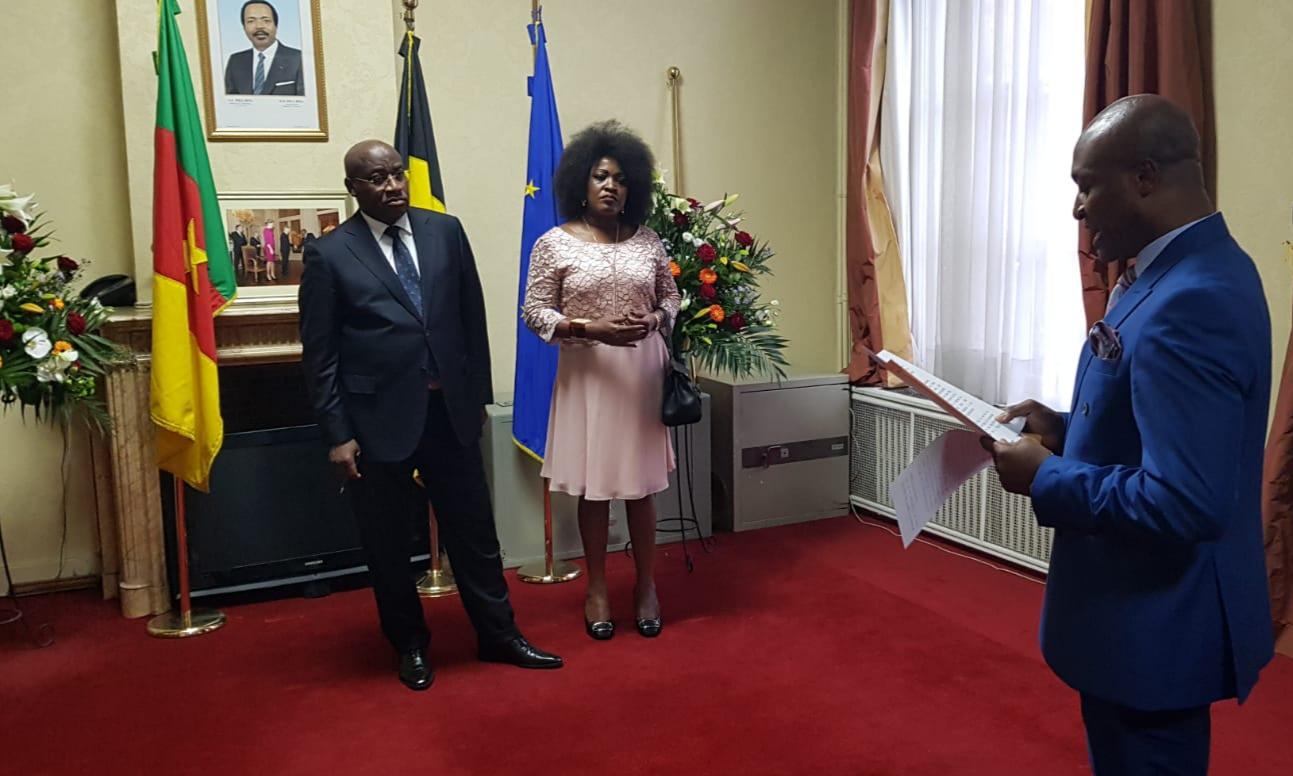 "The sought for aim was to help associations to fully assume their role of managing, facilitating and conveying, with the effect of chanelling energy and numerous initiatives of our very dynamic diaspora here in Belgium. I can only rejoice 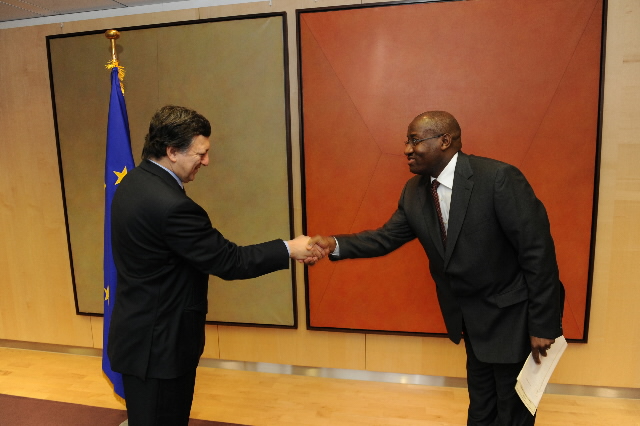